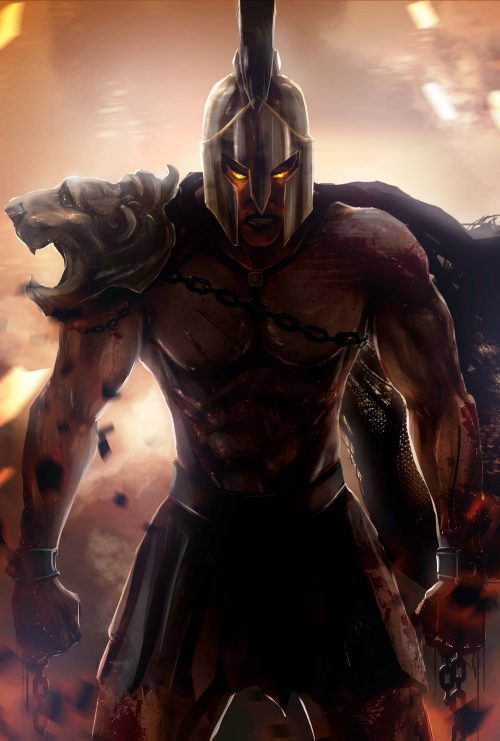 Page from the diary of General Adhemar, Commander of the Northern Armies of Dasil, translated poet, his last campaign into the Borderlands.

“Three winters now into the Borderlands and with no end in sight. It was believed this campaign be haste, but these barbarians prove to be more adept at warfare than anticipated. King Athelstan, the lord of warriors, patron of heroes, and his brother too, Vitharr, won themselves eternal glory. In battle with their ferocity, they broke the wall of shields. I see now that such is their nature and is unequal to our well-forged swords and linden-shields. From boyhood, these Berserkers had often fought for their land, its treasures and its homes, against all enemies. Their foes sank to resting-place, doomed to perish the minute foot was set on this land. With the blood of men the field was darkened, from the time the sun rose at the break of day, the glorious star, a bright candle passing across the land, the last sight of my felled men. Sated from battle, these Berserkers relish while my men weary. Throughout the whole long passing of the day they pressed on behind the lines, my men hewed fiercely from the rear with well-grounded swords.

I refuse more of this hard battle, play to none among the soldiers who came over barren mountains and rolling seas, bringing invasion to this land destined to die. Five captains lay dead upon the battlefield, by swords sent to their final sleep; and likewise hundreds more, countless to host. I met with King Athelstan, a grey-haired man with little cause to boast about warlike deeds. For our weapons contended as they played at war upon the carnage. To Dasil we return with shameful hearts, returning the land to the triumphant. Too many of my men already left for the black-coated raven, horny beaked to enjoy. And for the eagle, white-backed and dun-coated, the greedy war-hawk, and the grey wild forest wolf. Never has there been yet a greater number slain, killed by the edges of the sword before this time. As books make known to us, old and learned scholars, after hither came proud warmakers. Victorious warriors, conquerors of the Borderlands, and so keep their land.”

Berserkers are the untamed warriors that generals wish they never have to use in battle, but their relentless prowess far outweighs their unruliness. They are savage skirmishers wearing only enough armor that is needed in order to flank and destroy their enemy. For them, battle is exciting and exactly what is lived for. With no remorse for their rage, Berserkers thirst for combat and play at war. For when they’re not, be sure they’re thinking about their next taste of battle.

Townsfolk are careful not to anger a known Berserker as they are often the cause of violence. They couldn’t care less about wealth, for combat is its own reward. Staying in one place for too long makes them uneasy as these warriors are wanderers, always going towards the chaos instead of away from it. They are treated as unwelcome guests in times of peace, but as honored guests in times of war.

Berserkers are melee fighters wearing chain armor. This raging warrior prefers dual-wielding one-handed weapons such as swords, axes, and hammers while closing the distance to their enemies. Willing to throw whatever weapons in hand as they pursue their prey. With no real concern for their own safety, they drop their defenses for all out attacks hoping to slay their enemy before being slain themselves. Pain only makes them grow stronger. Toe-to-toe they are a wrecking force.