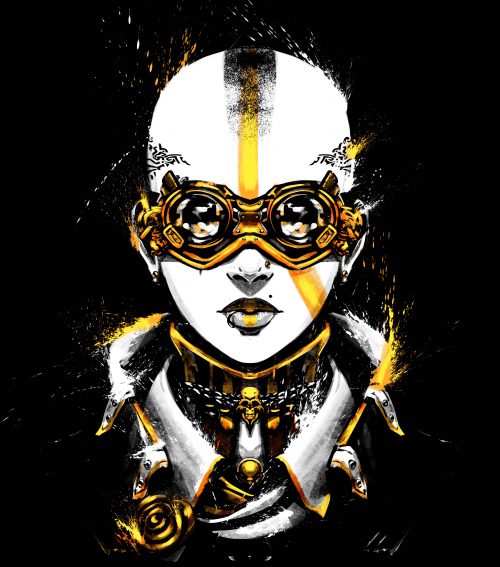 Within Gem City, the first Tinkerers would invent gadgets that would be the start of a trend. At first these were just simple devices made to keep time, to help count, and to safeguard personal effects such as lockboxes. Over time these inventions quickly developed into works of arts and the world marveled as the first clockwork was invented. But still, Tinkerers are outsiders in society as they tend to not think in the same manner as conventional people. Often seen as aloof, quirky, and a little bit on the kooky side; but that’s probably because they experimented with refined Voididium one too many times, but no one knows for certain.

However, no one can argue that their inventions are quite useful….that is, when they actually work. Tinkerers are always busy, hard at work, trying to innovate, and thinking outside the box on the regular. But when you can peel one away from their workshop long enough to go on an adventure, they can be an exceptional companion as they have gadgets for just about any situation. Why would anyone want a clockwork toaster-oven alongside them as they travel? I guess having warm toast in the morning has its perks. Oh, but don’t drink the water out of the water purifier, it uses repurposed parts from, well, the toilet.

Tinkerers fill a unique role in a party with a clockwork contraption as a pet at their side. Armed with an arsenal of various contraptions and trinkets, they can handle just about any type of situation. Setting up traps, deploying turrets, shooting nets and glue, or blasting away with their flamethrower is just the tip of the iceberg of what tinkerers can do. They can even help you find your corpse with their new and improved Corpse Finder 2000!!! And when the party is in a sticky situation, their contraptions can be put in “Overdrive”. Remember that little red button they told you not to push? Well, now’s the time to push it!!!