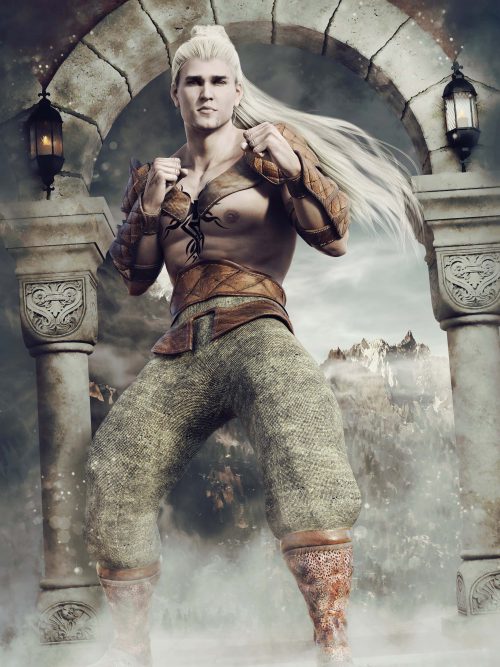 “I am a leaf of euphoria, gliding on cosmic winds of whimsical light and perpetual elation. I breathe in the mirage that is Creation; I am rejuvenated by all that is, all that ever was and all that will be. My boundless being strains to contain the capricious grandeur and meticulous elegance of Creation. I am sublimely grateful to have been a part of it.

I am a raindrop of despair, plunging through an endless vacuum of reprehensible darkness and voracious solitude. I am supremely alone. This pernicious epiphany is thrust into the impenetrable nucleus of my being. Why have I been carved out of Creation? I am separate and disconnected yet I exist. I turn my eye inward and find myriad memories.

I am a flame of privation, alighting on an inviting wasteland of comforting death and feckless life. I seek sustenance in memory, ravenously incinerating that which I lived and resentfully emancipating that which I did not. Every thought is dispassionately consumed, but one: my name. I single-mindedly cling to it with all my existence and sink above an implacable surface of motionless cycles; this exacts a singular price—I now embrace nothing.

I am a stone of pliancy, standing against an avaricious torrent of diaphanous expectations and serendipitous tribulations. Untold tendrils of reflection reach out to shape me into something I am not, but I resist and repel them. For a finite eternity, I persevere, but wither. Perhaps for one with nothing, I am not meant to be. In an instant, a beacon shining with the soul of countless lives ensnares me. It sings to me of multitudinous lifetimes, of tremendous victories and abject loss, of many loves forgotten and many more remembered and of kindred souls. It proffers a commodity that cannot be found elsewhere: absolute truth, and it promises me one gift: true purpose. I let go of a vast nothing and reclaim a name that has always been mine: Arlastyr.

I am a blade of ambition, traveling through bygone contemplation and abandoned faculty. Once again, I pierce the unseen cusp to rejoin the chorus of Creation whole. Submersed in its glow of unsecured experience, I know and understand the patterned dance of shackled deities and manumitted mortals. I cast a thread of quintessence anew to reframe the web of souls, to restrict the sundering shadow and to realize an unreachable tomorrow.”

The world is host to numerous Monk Temples each that practice their own spiritual philosophies. They see each other as reflections of one fundamental truth that can be expressed in a multitude of different ways. For that reason, they simultaneously embrace each other’s beliefs but continue to practice their own belief systems doggedly. Each aspiring Monk is said to walk a spiritual path that inexorably leads them to a temple best suited for them. While each temple inculcates into its adherents a different set of values, it believes individuality is paramount. It is at the Temple that a Monk learns to delicately balance the flow of twin chi energies to balance their mind, body and soul. Because of their perspectives on existence, they accept all gods equally, but pray to none.

Central to a Monk’s identity is the Ceremony of Remembrance, undergone by an acetic when they reach ten years of contemplation. The Ceremony involves the administration of a unique herbal decoction which facilitates a deep meditation. Aspiring monks are said to experience the process of death; their spirit largely divests from their body maintaining a tenuous hold on it.  During the process they go on a guided journey with the purpose of reclaiming their higher selves. If they fail, at best, they gain nothing; at worst, their spirit is forever separated from their current body. However, if they succeed, they reclaim their higher selves and a true purpose, as well as the ability to access the wisdom of countless lifetimes. After the Ceremony, Monks spend the rest of their training shaping themselves in accordance with their true purpose.

Monks live apart from the world, yet are very much a part of it. They function on a different strata of existence, seeing everything as immaterial. They believe diametrically opposed concepts such as good and evil are mortal constructs, but side with good as their moral compass is derived from Creation’s Will. They seek unity where others seek segregation, seek harmony where others seek conflict and seek life where others seek death. Paramount to them is their true purpose, which was bestowed upon them when their spirit was first shaped into existence. While each monk’s true purpose is different, it inextricably binds them to one another. Even though the true nature of their grand collective purpose is inscrutable to them, it is a common belief amongst Monks that it guides them to preserve reality as it should be.

Monks are master martial artists wearing no armor while using their entire body as a weapon. They are able to deliver substantial damage consistently along with abilities to unleash devastating burst damage in a pinch. Monks are great at preventing emergencies as they are self-reliant with abilities like Mending, Lightning Reflexes, Feign Death, and Stoneskin. In addition, Monks toggle through five different fighting stances, each serving a particular role. Switching between stances grants the Monk temporary buffs which depreciates over time. Mastering these stances and their transitions can make the Monk an unstoppable force in the right hands. Along with their resilience, agility, and Iron Will, Monks are a welcome addition to any adventuring party.