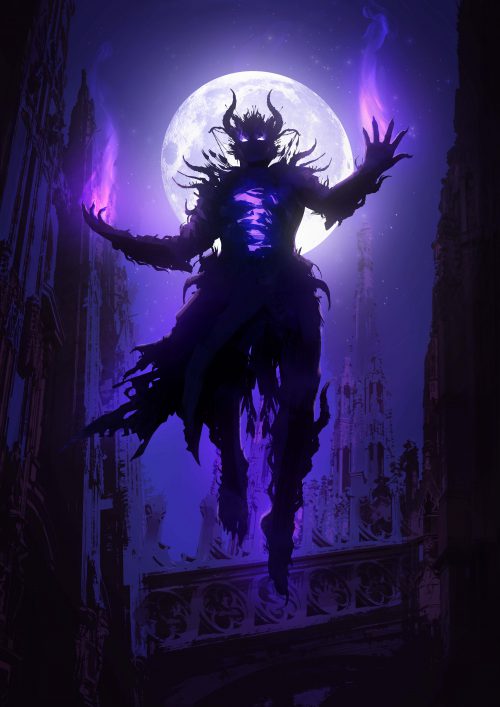 Adopting the practices of Demons, Warlocks learn to navigate the arcane realm for absolute power. Tapping into the very essence surrounding the Twin Voids, the Warlock manipulates the life essence seeping from The Tree of Life. Channeling this energy, they are able to tap directly into the souls of others, pulling strings as they will. This power has its consequences as Warlocks could be possessed by otherworldly beings, using them as vessels for their own bidding. This was the case during the events which lead to Sorcerers being coined “World Breakers”. Even so, Warlocks practice their magic away from prying eyes, kept in secret around Myr’Nora.

However, some Warlocks are used by The Order of the White Lotus to track down more dangerous threats. Keeping them close and watching over them as they become unlikely advisors for the unknown dangers lurking in the world. Warlocks hold no allegiance to anyone and their willingness to cooperate is only for self-preservation. Because of this they aren’t trusted, but when you can ensure that the Warlock’s best interest is inline with your own, their company can make the difference between life or death.

Warlocks are master hexers, manipulating the buffs and debuffs of others. Called “stacking”, a Warlock can create connections between the buffs and debuffs on enemies and allies. Amplifying them and giving new traits as they see fit, rewarding or punishing the actions of others. They can then consume these stacks in order to siphon health, stun, create damage shields, counters, escapes, gravity anchors, or even spawn swarms of little demons. And when in trouble, the Warlock can submit to the will of otherworldly powers, allowing themselves to become a vassal of a random demon as they wreak havoc on their surroundings to turn the tide of battle.