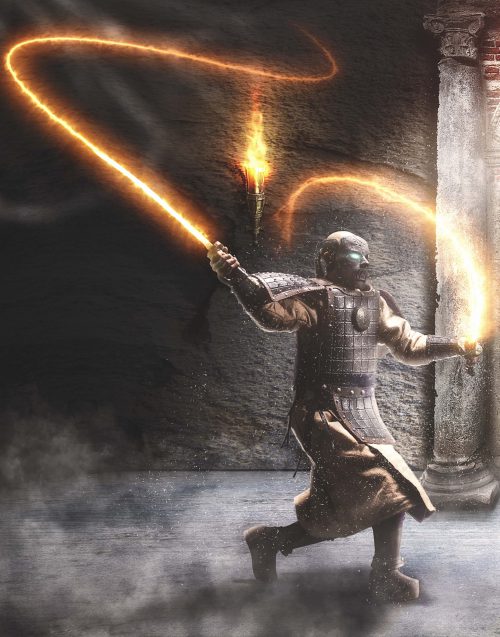 When Myr’Nora was ruled by The Ancients, certain individuals realized that existence itself is fragile. Seeking to protect and maintain balance in a way the rest of the world didn’t see, the Mael’Jai were created. A secret order of arcane monks dedicated to protecting the secrets of Myr’Nora. These secrets, which could grant any individual near unlimited power, were safeguarded from those who would use it. A consequence of such use would jeopardize existence itself, so the Mael’Jai tasked themselves with striking the knowledge of such secrets from the world and keeping them locked away forever. But not all things remain hidden forever, so the Mael’Jai have been the keepers of these secrets ever since.

Even amongst themselves the Mael’Jai are not aware of other Mael’Jai as they are trained at a very young age. Growing up they assimilate to normal lives, blending into the world. But whenever duty calls, they rise up to fulfill their destiny and life commitments. Trained in an ancient art of arcane even preceding The Mages Arch, they masterfully wield magic through the weapons they use. Investigating magical anomalies called Maelstroms, the Mael’Jai chase these storms intervening whenever they can to ensure that secrets remain secrets.

Mael’Jai are a specialized hybrid class, dual-wielding whips and swords while utilizing hit and run tactics. They are masters of countering their enemies, distracting them with arcane magic as they blink in and out of the battlefield. Catching their enemies off-guard, they are able to store spells directed at them within their weapons. They can transfuse energy stored in their weapons into whatever they see fit. They are especially talented at fighting aberrations, sending them back to their plane of existence.