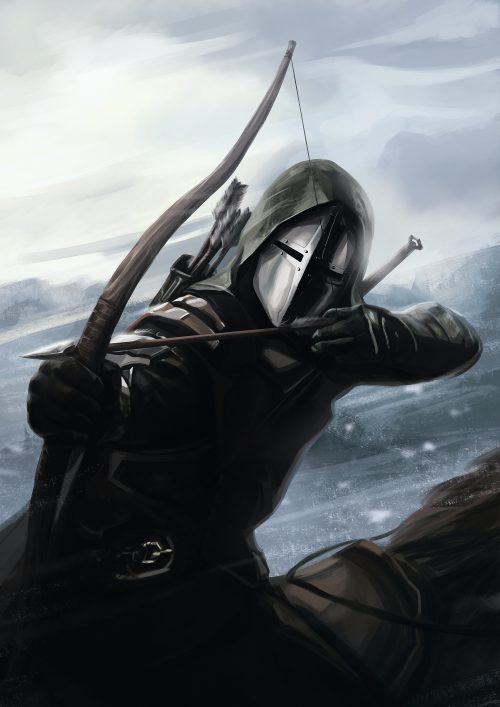 In the wilderness, the Ranger is right at home. Versatility makes the Ranger a deadly adversary as they can adjust to any situation, a quality learned only by the unpredictability of the wilds. Living by a code which is long forgotten to city dwellers. Preservation is the ultimate key to survival, and working to prolong the longevity of the untamable forces of nature is the most practical of choices to the Ranger. It is better to live alongside nature than to force one’s existence. To the Ranger, cities are like warts on the body, out of place, unwarranted.

Rangers prefer to live near smaller establishments as master trackers, hunters, foragers, and trappers. Originating as an arm for the Order of the White Lotus, Rangers are outriders in maintaining some semblance of balance between nature and civilization. Their services are highly valued by scholars, merchants, nobility, and whoever has a need for a guide through uncharted territories. Able to sense danger before it occurs and knowing the lay of the land ensures the safety of their party. And when danger can’t be avoided a ranger has the skillset to put down any problem should they arise.

Rangers are a hybrid fighter-rogue wearing chain armor. Their versatility between ranged and melee attacks along with their superior mobility makes them elegant and deadly. Rangers don’t wait for their opponents to close distance, shooting at them with their bow to inflict lethal damage. Once in close combat, a Ranger dual-wields to deliver overwhelming assaults with devastating precision. They masterfully switch between attacks far and near to maximize their damage while minimizing damage taken from enemies. Along with their superior scouting, tracking, trapwork, and animal companion; Rangers make excellent allies in the vast world of Myr’Nora filled with dangerous, uncharted wilderness.