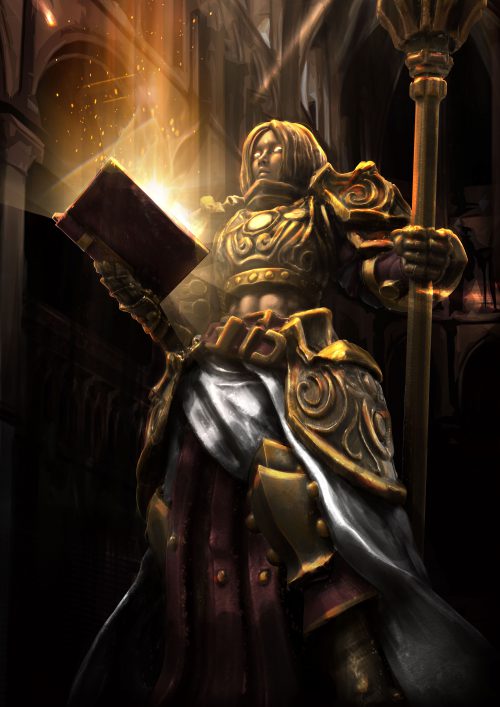 Captain Shyfair squints his eyes to attenuate the brilliant gold light cast by the mid afternoon sun.  He stands on the plank of his own ship, looking out across the grand blue ocean that stretches out infinitely before him.  He steels himself for the fate that clearly lies ahead.  Nothing stirs but the wind.  Shyfair adjusts the cannonball he is cradling as he peers behind him over his left shoulder, causing a clank as the attached chain shifts.  There, at the base of the plank, is the Slissarian Commander whose ship and crew bested his; the business end of her cutlass inches away from him.  A wave of frustration causes his face to twitch. He begins to recall the devastating armament of the Slissarian Carrack and the unexpected zeal with which the boarding party dispatched his men.  He wonders whether it was necessary for them to kill so many of his men? His mind drifts to the Slissarians’ unorthodox boarding technique. He had heard rumors of it. However, witnessing it first hand was an entirely different beast.  A cleverly devious and unexpected tactic it was, wielding druidic magics to bind two ships together with roots and then using the same roots to transport a boarding party to the deck of an enemy ship. The Commander quirks an eyebrow at Shyfair’s pensiveness and audaciously gestures with her cutlass. She asserts, “Then you have no final words to say.”  Barely acknowledging her, he takes in the sorry state of the Stargale, his ship.  His eyes scan over the faces of his dispirited crew.

A brief gust of inspiriting wind causes his skin to prickle. He knows what he must do.  He turns to her and makes a final appeal to her sense of righteousness, “Commander Zemanjek.  By Clairest, I entreat you.  If your mission is the pious one that you say that it is and you have a shred of doubt, then, at least let my men live.  I know you have no reason to believe me, but rest assured, there is no truth other than the one I speak.  Our cargo is intended as humanitarian aid to refugees the war has created, not as support for the Ronan whom you fight.  It’s destination was the port of Cedau Mui, far away from the supply lines of the Ronan war effort.”

The Commander, unable to contain her rage, barks, “Enough of your lies!  You dare invoke the name of Clairest.  I should execute you where you stand.  Your unthinking blasphemy aside, need I remind you that your supposed humanitarian aid is conveniently encased in crates of Sandaharian Elkwood—a strangely lavish shipping container.  It is the selfsame wood whose oil is a well known rate-limiting component in Ronan Bladesmithing.  Under the Marine Wartime Code of Slissaria, your penalty for supplying the enemy with what is tantamount to weapons is death.”  She moves the cutlass ever closer to Shyfair’s shoulder.  She regains a bit of composure, “Now either you jump, retaining whatever shred of dignity your godless soul has, or…”  He turns away and instead of walking to the end of the plank, he summarily jumps off the left side of the plank to the water below.

As he begins to fall, his mind escapes to the night before he took on his current cargo.  The Stargale was docked at its last port of call.  Captain Shyfair was on the bow looking off into black tumultuous expanse of the ocean.  Suddenly, an ethereal wind embraces his body and spirit; it resonates with his being.  A blue sigil, a symbol of four winds blowing towards one another, appears on the back of his right hand, emitting tiny blue streaking motes that are at the mercy of the supernatural wind.  He hears a woman’s soothing breathy voice, “Be at ease my dear Terak Shyfair.”  He has already submitted to the will of the wind.  It continues, “I have come to guide you once more.”  The wind infuses him with great purpose, he is filled with sublime elation.  “My child.  On the morrow, a woman will seek your employ in sending aid to Rone refugees.  You are to accept the hardship.”  Shyfair offers his soul-felt assent to the voice’s will.  The tender voice resumes, “On the fourth day after you depart, you will be pursued by a vessel of my wayward children.  You must lead them on a chase, but in the end, allow them to board your ship.  They will not recognize you as one of their own as they are blinded by hatred and distrust.  Your efforts to reach them will fail, but when that happens, I will remind them what it is to be a Child of the Wind.  Fear not, I am forever at your side.”  Shyfair, his spirit imbued with resolve, replies, “Clarest, by the endowment of your Godbrand and my duty as a Cleric of the Church of Four Winds, my will is your will, your strength is my strength.”

Shyfair opens his eyes moments before he reaches the water.  His soul is buffeted by the will of Clarest.  His body stalls mid air, frozen in space.  The cannonball snaps from its chain and splashes into the water.  Wide-eyed and dumbstruck, Commander Zemanjek, can only watch as Shyfair’s body reverses course and accelerates rapidly up to the heavens.  He disappears within moments—a small speck in the sky.  Silence overcomes the Slissarians and the remaining Stargale crew.  The sails of both the Stargale and the Slissarian ship are suddenly blasted with hurricane-like winds, the abrupt and extreme forces on both vessels splinter the roots joining them.  Shyfair descends like a lightning bolt, impacting the bow of the Slissarian Carrack with such force that the stern rises 20 feet in the air and locks in place.  A burst of wind and light emanates from his person and his Captain’s garb is spontaneously transformed into the Platemail donned by Clerics in the service of the Church of Four Winds.  The immense force sends the crew of the ship to the ground, but the ship is miraculously not damaged by the impact.  Shyfair raises his right arm to the heavens, the Crest of Clairest on his chest piece beams brightly.  A flurry of winds streak visibly in a large sphere around his hand, causing the sail on the Slissarian ship to whip wildly out towards the starboard side of the ship.  A downward gust selectively pins all Slissarians to the ground, while Shyfair’s crew moves uninhibited. Dead crewmen are enveloped by streaks of light carried by an ethereal wind and they begin to stir once more.

Shyfair speaks, a booming unity of his voice and Clairest’s, “My wayward children.  You have lost your way.  I give unto you an emissary, a beacon of hope, to restore the four winds to their rightful place in your kingdom and your souls.  Prove to me you are worthy of my guidance and protection.”

Clerics are children of their deity, chosen to be their right hand in the matters of Myr’Nora. Sometimes called a Godbrand, a Cleric draws on the power bestowed upon them by their deity with the purpose of facilitating their priestly duties. This connection with a god grants them otherworldly powers which would otherwise be outside the grasp of mortals within Myr’Nora. While Myr’Nora boasts a wide range of pantheons, Clerics are dedicated to but a single deity. They are enforcers of their god’s will creating organizations, temples, and natural gathering places to provide places of congregation and to worship said deity. Clerics provide guidance and aid to any and all supplicants acting as mediums to the divine hierarchy.

Godbrands of different faiths are not always transparent as Clerics. It is through miracles that Clerics manifest that a god cultivates faith within them. But these miracles vary depending on which deity is their faith. Oftentimes, Clerics travel the world to spread the blessings of their gods. Other times, they take more active roles in spreading the influence of their god. But no matter what it is, their deeds will always align to that of their faith with one thing for certain; Clerics are a praised grace in times of peace as much as they are in war.

Clerics are well fortified healers in platemail who cure all manner of ailments. They are versed at aiding their allies in battle from near or afar, equipped with melee weapons as a last resort. They bestow upon their allies benedictions of Virtue that offer unique benefits.  The benedictions strengthen and morph in battle, allowing allies to recover and outlast their enemies. Clerics of different faiths and thus who follow different deities have different selections of spells. Because of this, a Cleric’s god influences the roles they perform in combat and their playstyle. Regardless, common amongst all Clerics, are their extraordinary healing abilities along with their exceptional ability to resurrect fallen allies.