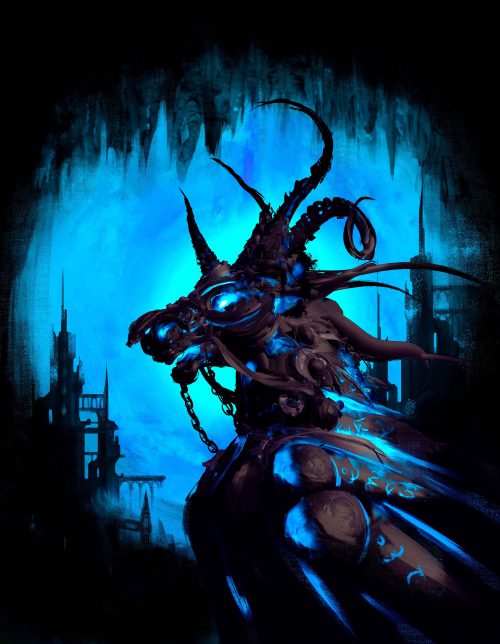 Dragomancers are Sorcerers in the rawest state, channeling primordial powers from the Twin Voids in the same manner in which the dragons of Myr’Nora have done so since the beginning of time. This rare breed of spellweaving has its advantages in making the body magically infused with resilience not seen in mortals. However, this also easily brands them as “World Breakers” as their bodies can start to reflect the nature of their being. As a Dragomancer learns to control their powers, they begin to have control over their transformations; sprouting wings, developing scales, and growing claws which they can use to overcome any challenge thrown at them. Dragomancers organize themselves into tribes amongst themselves to aid in their survival in a world which wants to hunt or cage them.

However, not all Dragomancers are stigmatized as they are often used in the protection of Tok from outside monstrosities. They are especially regarded as heroes on the frontlines of grand expeditions beyond Tok, a land filled with otherworldly dangers. Their resilience in battle is legendary, making them a welcomed addition to any party who would have them.

A spellcaster who channels arcane magic in the same manner as the dragons. Their ability to attune with this ancient line of magic grants them transformations; to turn their skin into hardened scales, grow wings, claws, a tail, and fangs at will. This also makes them resilient to poisons, stuns, paralysis, and even death magic. These transformations also make them excellent at chasing down enemies, closing gaps in an instant, and dealing major burst damage in a pinch. Combined, all of these qualities make Dragomancers exceptional tanks in the most unlikely of ways.