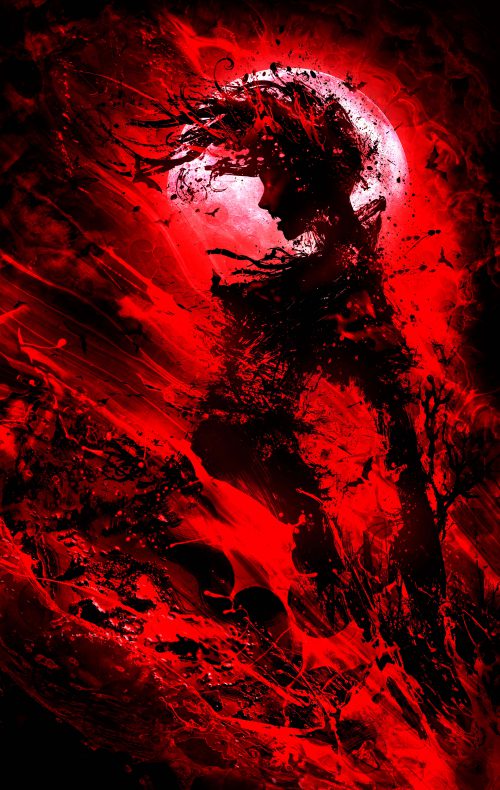 Eckal – Knowledge and the Red Moon

No one knows exactly when Eckal came to be as she is not thought to have been born in the same manner as the other Magnitheons. Her existence is a fractured memory and her powers are unknown, even to the other Magnitheons. She avoids direct confrontation with them as she is left to her own devices, whatever those might be. One thing is for certain, much of the unseen forces in Myr’Nora can be drawn back to Eckal. She is said to be responsible for all the horrifying creatures that exist in Myr’Nora, creatures born after the Tree of Life had withered.

Eckal symbolizes the drive to solve the mysteries of the world and experimenting with life’s desires. Not all her followers are transparent about their beliefs and some cultures consider her worship taboo. She represents the unquenchable thirst of intellectual pursuit without reservation. This questionable ideology leads to unpopular advancements in fields such as necromancy and blood magic. These ideals also exist outside the arcane where her influences are seen in brothels, slave markets, and sacrificial worship. Her worship often exists in the form of underground cults unlike the Red Elves’, whose entire culture is modelled around her.