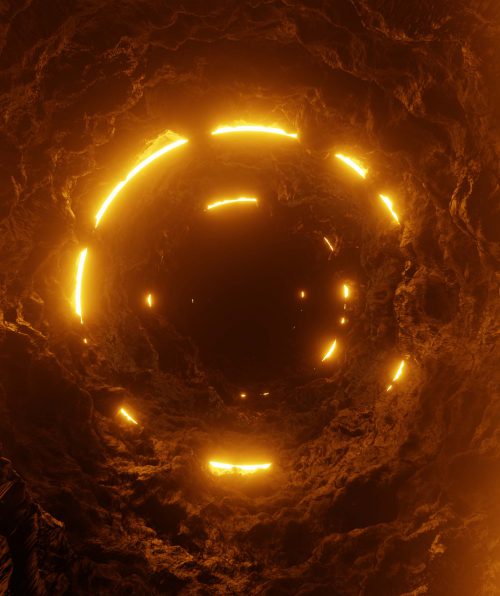 Gold is one of the eldest born Magnitheons alongside Lethaniel. Gold, too, was born while the primordial energies were forming around the Twin Voids and the Tree of Life was still but a sproutling. Gold is believed to also possess the potential to manipulate the energy within the Tree of Life, much like Lethaniel. Gold is never quick to anger or judge, but this leads him to be quite stubborn. He was the only Magnitheon that believed in Krawl’s innocence and believed that Lethaniel judged much too quickly. Because of this, Gold is a close friend to Krawl and tries to counsel him whenever possible, but by any means doesn’t support his actions. He does have a soft spot for Krawl and sometimes goes against the other Magnitheons in order to aid him in times of need.

It was only fitting to name one of the most valuable metals after this Magnitheon. Gold represents the truest sense of feeling safe, sheltered, and eliminating vulnerabilities. Allowing the wary to be sheltered away from the chaos of the elements; to provide a small instance of relief and to be out of harm’s way. When a castle is under siege, people pray to Gold for the walls to hold and miners pray for their tunnels to remain strong. Gold represents the strength of mere mortals to wield greatness, believing in strength within everything. Followers pray to Gold to become better craftsmen, turning raw potential into immaculate works of art. Temples to Gold are found throughout the world but especially within the Agnar Mountains and The Underpass. No dwarven settlement is complete without a temple to whom they believe to be their true creator.

Gold is worshipped by Dwarves, Gnomes, miners, stoneworkers, craftsmen, city guards, Tinkerers, Mages, and even some Druids and Rangers.