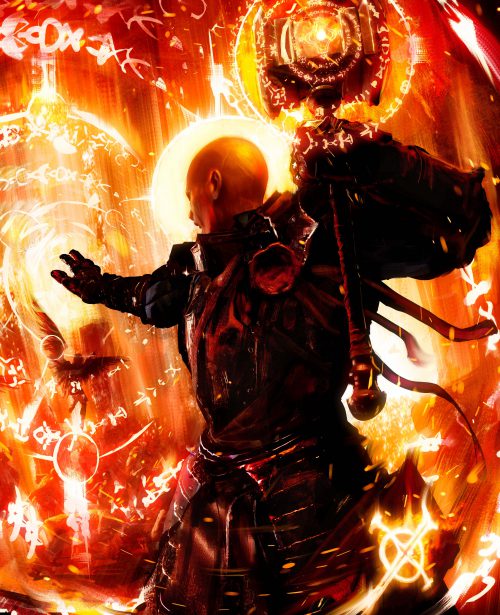 Kordale is a middle-born who seldom gets involved in the politics of the other Magnitheons. He keeps to himself, planning every word and move, staying out of the Magnitheons’ feuds. But even with immaculate planning one can’t always avoid troubles and one must know how to carry on in order to end a conflict as efficiently as possible. Kordale demonstrated this flaw when he decided to disown his own, battle-hungry son, Borus. Ever since then there has been a feud between the father and son.

Kordale represents the pinnacle of a true mastermind. Believing that obstacles should be overcome with well thought out plans to eliminate as many variables as possible and to put favor in their odds. War should be fought with honor first, leaving wiles as a last resort. Using proper etiquette after all will leave one with less enemies and longer reigns of peace.

Some of Kordale’s principles employed on the battlefield have become a standard in conventional conflicts. Prisoners of war are never killed; instead they are used for further purpose in negotiations. Wounded enemy soldiers are given merciful deaths without suffering. Torture and humiliation shall not be conducted and humility must be chosen whenever possible. Temples of Kordale often reside as part of garrisons and fortifications with libraries stocked with detailed maps of the surrounding environment. Cartography plays such an important role to followers of Kordale that it’s priests are master cartographers, often wandering the surrounding landscapes to sketch and add to their libraries, as one can never be too prepared. The Halflings of Kettle are renowned to house the best cartographers in Myr’Nora and are often sought out for their skills.