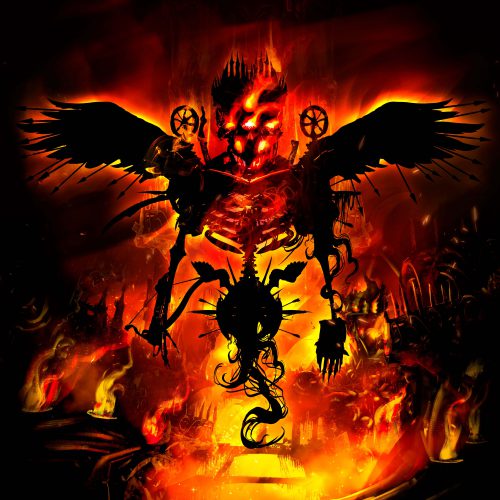 Krawl was one of the last deities to be born from the Tree of Life. Misguided, careless, and emotional; he was always seen as destructive and a nuisance. That is why when a limb was broken from the Tree of Life, causing it to wither, he was immediately blamed. Krawl was wrongfully punished by Lethaniel and in return Krawl plotted revenge against him. By siphoning part of Krawl’s power, Lethaniel accidently gifted him with part of his essence, allowing Krawl to manipulate life that has already been created. Krawl is believed to have been the creator of Orcs, Goblins, and Trolls to name a few, many of which may have originally been one of Lethaniel’s own creations. He has sworn to regain all of his lost power, and more.

Krawl represents a bit of the sense of carelessness within everyone, but also the manifestation of emotions such as anxiety, envy, and revenge, as well as the feeling of being cornered, or the rage from within when taken advantage of. “Revenge is a dish best served cold” is the epiphany of Krawl’s worshippers. Their selfish mentality does not allow them to see another’s point of view. Most turn to Krawl from within a deep state of despair. When they believe the world has been unfair to them, they are hoping that Krawl will give them the fortune they deserve. Acolytes to Krawl are usually kept in secret away from the public eye, and for good reason. Because of this you may find hidden alters to Krawl in the most unlikely of places.